INSPIRATION
The Universe is governed by codes programmed into our beings and surroundings from the infinitesimally small to the infinitely large that seems to be governed by the imagined mathematical patterns created by us. It allures us to comprehend the logic and rules that govern the reality within the realm of natural and existing phenomena: movement, mass, shape, sound, light, growth and genetic patterns. We are coaxing the Universe to talk to us, connect the imaginary to the real and ponder the depths of its structure, patterns of existence, intricacies, interdependence and uniqueness of creation. To unravel some of its mysteries, we have created and continue to develop language systems that blend the domains of shape, numbers, science, music, history and religion, each with its symbols. Symbols, a product of our eternal curiosity and thousands of years of adaptation and assimilation derived from patterns seen in nature,  are inherent to who we are and convey deeper meanings about our existence. These usually have a central core or axis and appear to us in all aspects of life: the Atom, the Sun, the Earth, the Moon, the trajectories of planets, planetary systems, galaxies, the cycles of life to our networks of interactions with friends, family and communities. The Mandala, meaning 'encircled essence', symbolises this concentric shape and is seen worldwide in cross-cultural traditions and societies. Prescient in its structure is a pattern of existence, something new that does not yet exist, where we are a part of its intricate design, the world that extends within and beyond our bodies and minds.
The ancient world had established trade routes and saw much travel that led to sharing knowledge, philosophy, art, and architectural styles with shared origins and ancestry that arose from a transfusion of thoughts and ideas. This collective consciousness of diverse cultures borrowing the same elements from nature and our surroundings has led to the synchronicity of thoughts and ideas: which is the source for the symbols in the 'Interactions series'.
PATTERNS IN NATURE 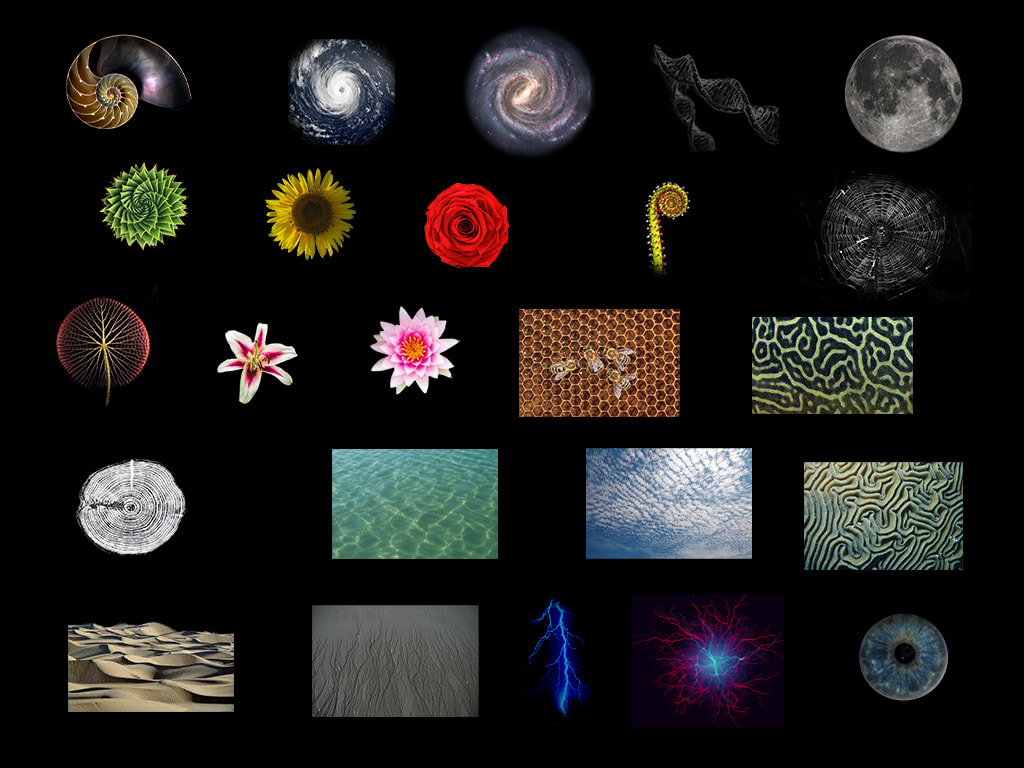 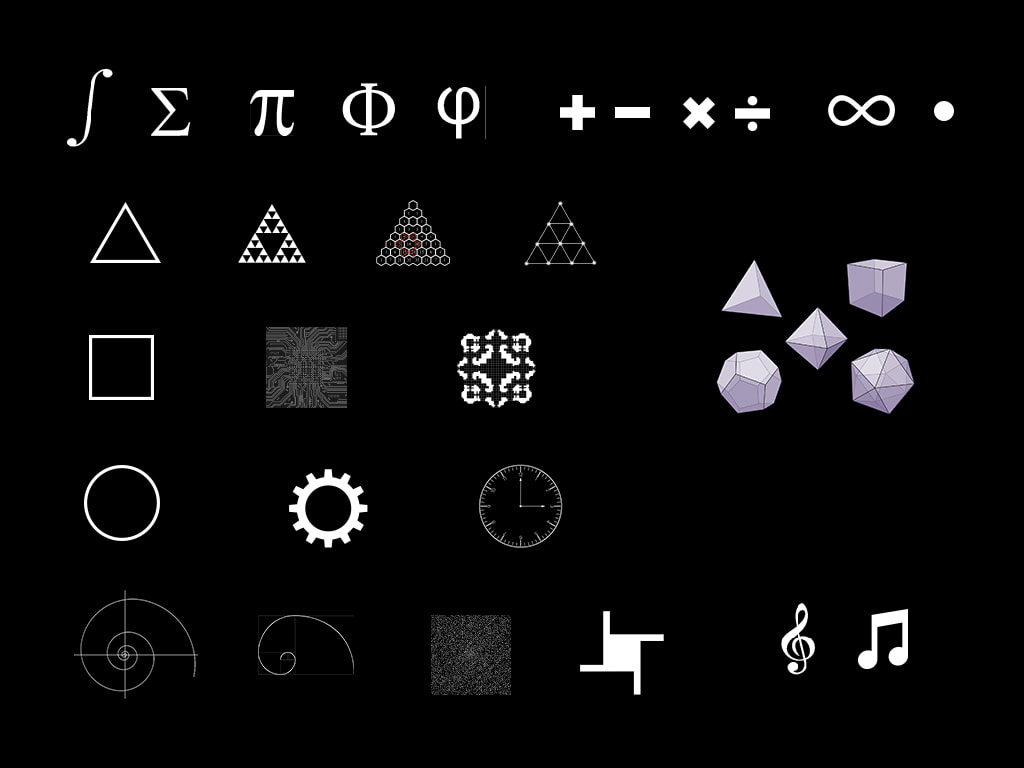 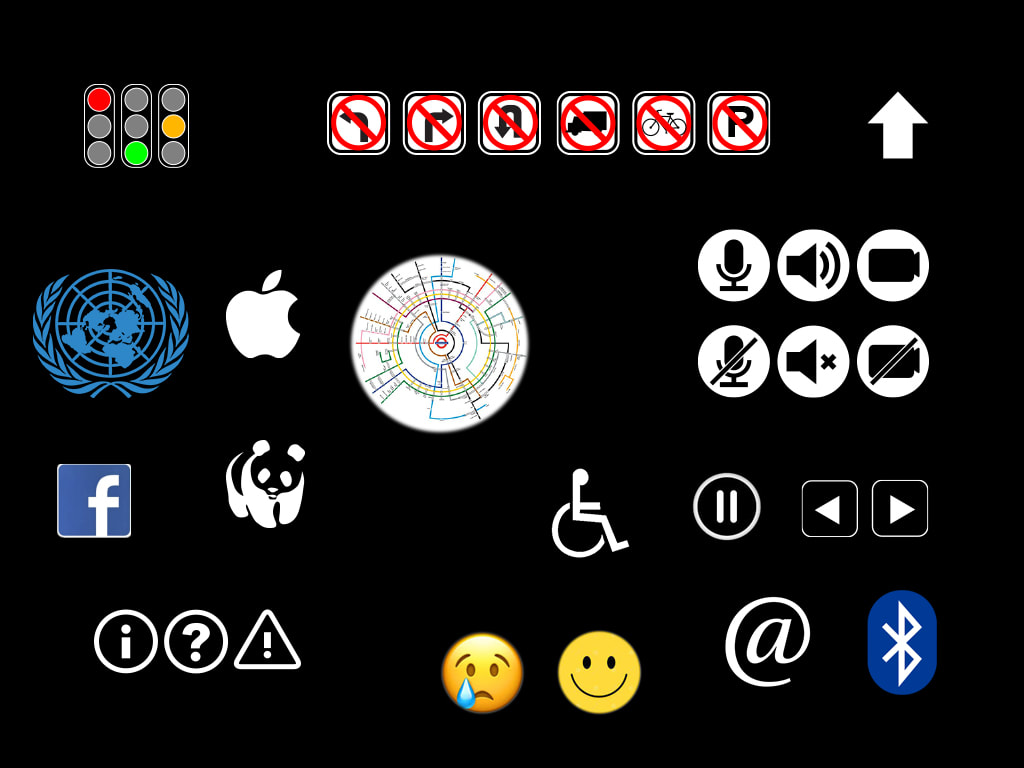 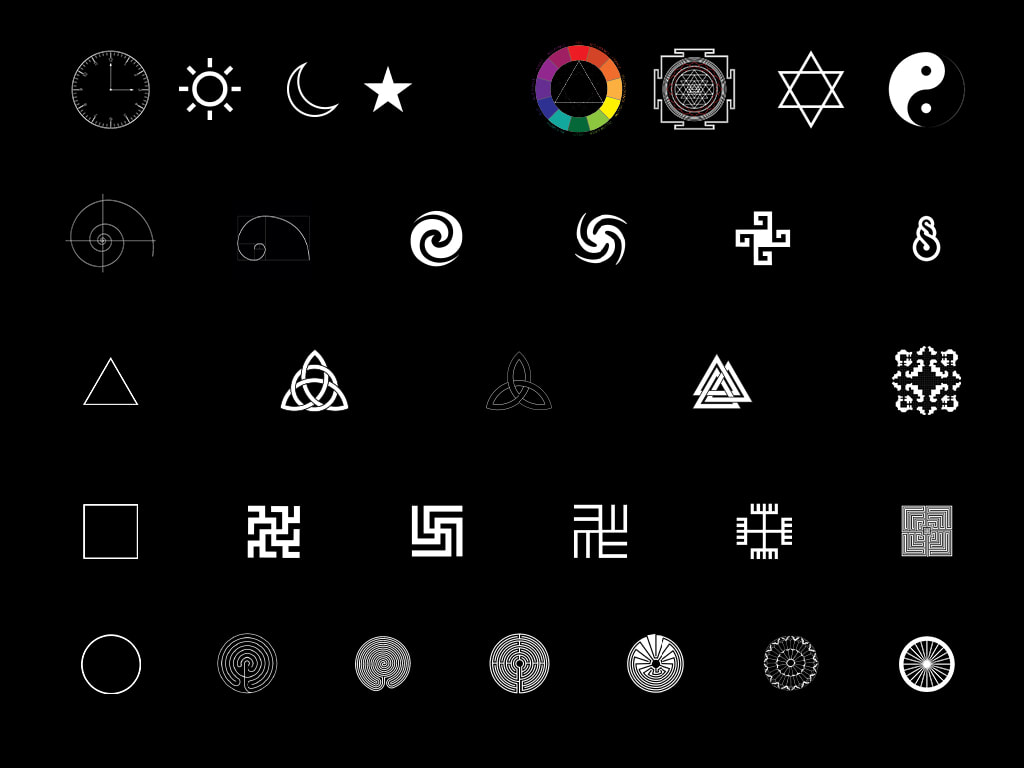 INTERPRETATION- COLOURS AND SYMBOLS
​The power of telling stories using 'symbols' enables us to relate to something greater than ourselves. The Interactions series of paintings is a global language of symbols, an integrated world view of inclusivity, transcending borders, racial and religious biases. It ties scientific and philosophical concepts: space, structure, movement, light, energy and thought. It is an immersion and interpretation of the multitudinous codes of the Universe and the 'symbols' created by humankind that have parallels and common ground across cultures and beliefs worldwide.
​MALE AND FEMALE INTERDEPENDENCE
Seen in many world religions and philosophies are the duality of the complementary nature of existence and non-existence, the origin of the universe, its creation, and regeneration. Analogies of this concept of male and female interdependence are used as symbols of creation, seen as fertility or creation symbols such as the Yoni-Lingam in Hinduism and the Ying- Yang in Taoism.
The paintings translate this interdependence of opposites with positive and negative shapes using a contiguous solid side and the void.The outlines of the positive (existent) shape determine the shape of the non-existent form.​
INTERPRETATION- SHAPE AND MOVEMENT
All the paintings are created with a single line that starts and ends at the same point. They also follow movement patterns depicted by arrows that show: direction, progress, the passage of time, and interactive patterns such as churning, revolving and spiralling. These symbolic associations convey completion, unity, and continuity of life cycles and creation.
Colours, forms and ideas used in the paintings:
•    Four triads from the colour wheel (The Primary, The Secondary, and the two Tertiary groups).
•    Basic shapes (Triangle, Circle and Square),
•    The interaction of the negative and positive arrow shapes to highlight a  movement or direction (Linear in two directions, radiation in and out towards a central point, and clockwise and anticlockwise).
The three paintings within a triad group are of three different colours but follow the same shape; this highlights our changing perceptions with changing forms and colours. 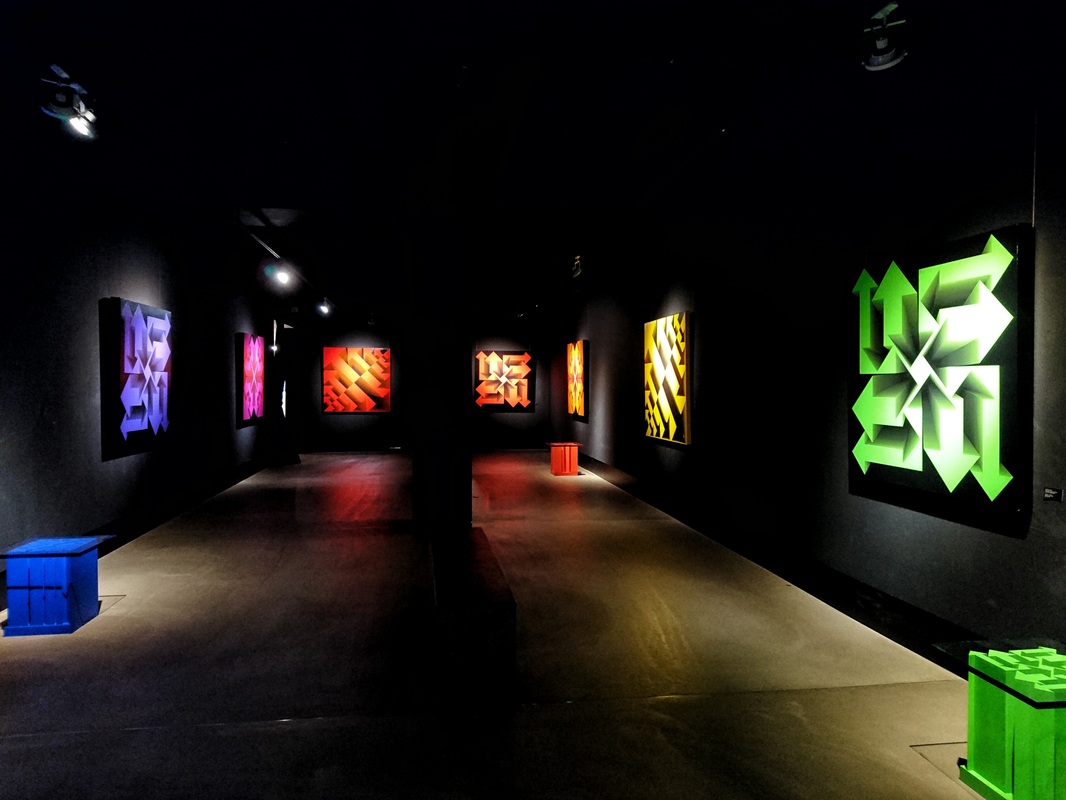 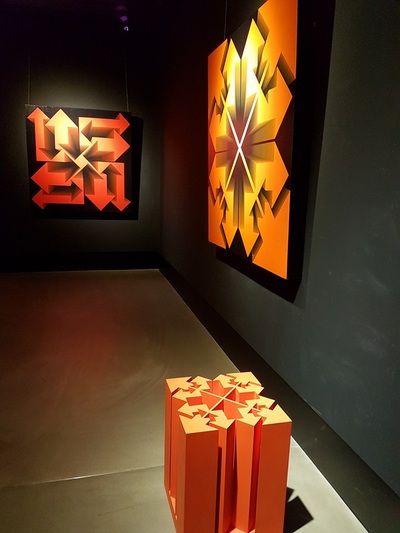 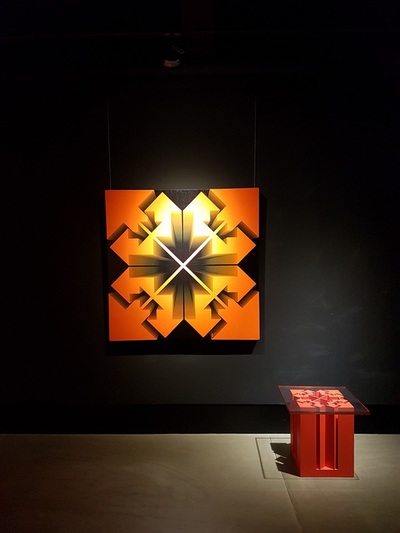 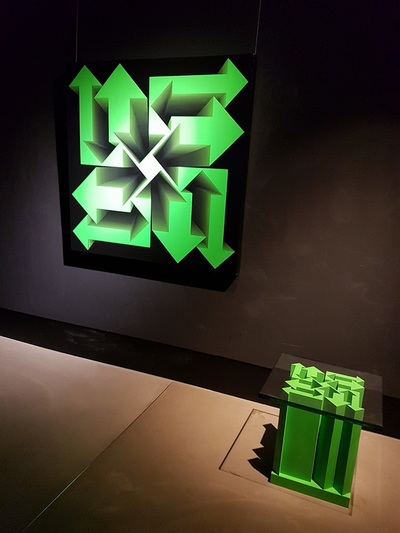 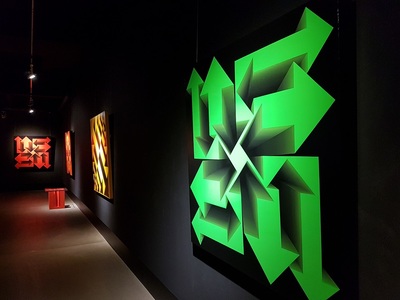 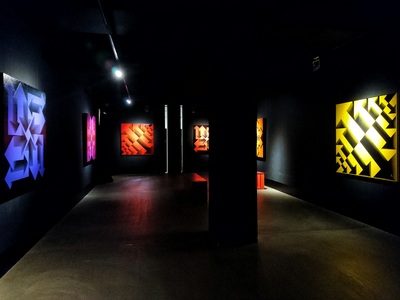 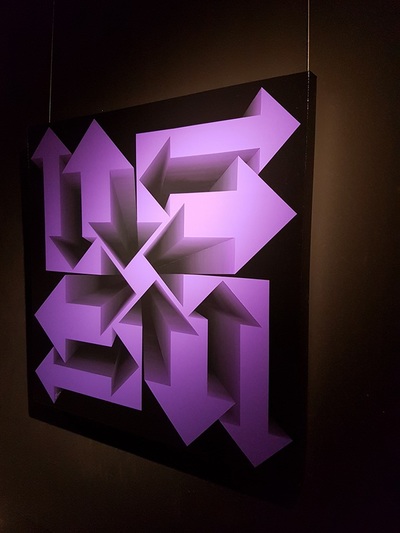 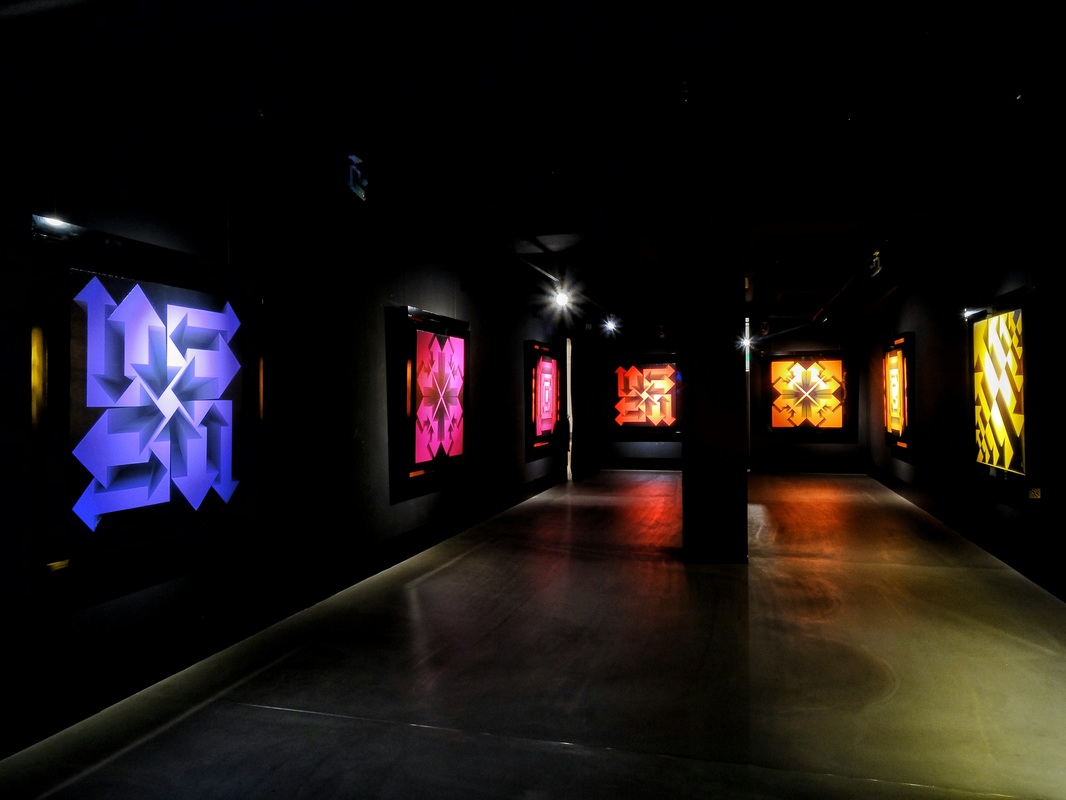 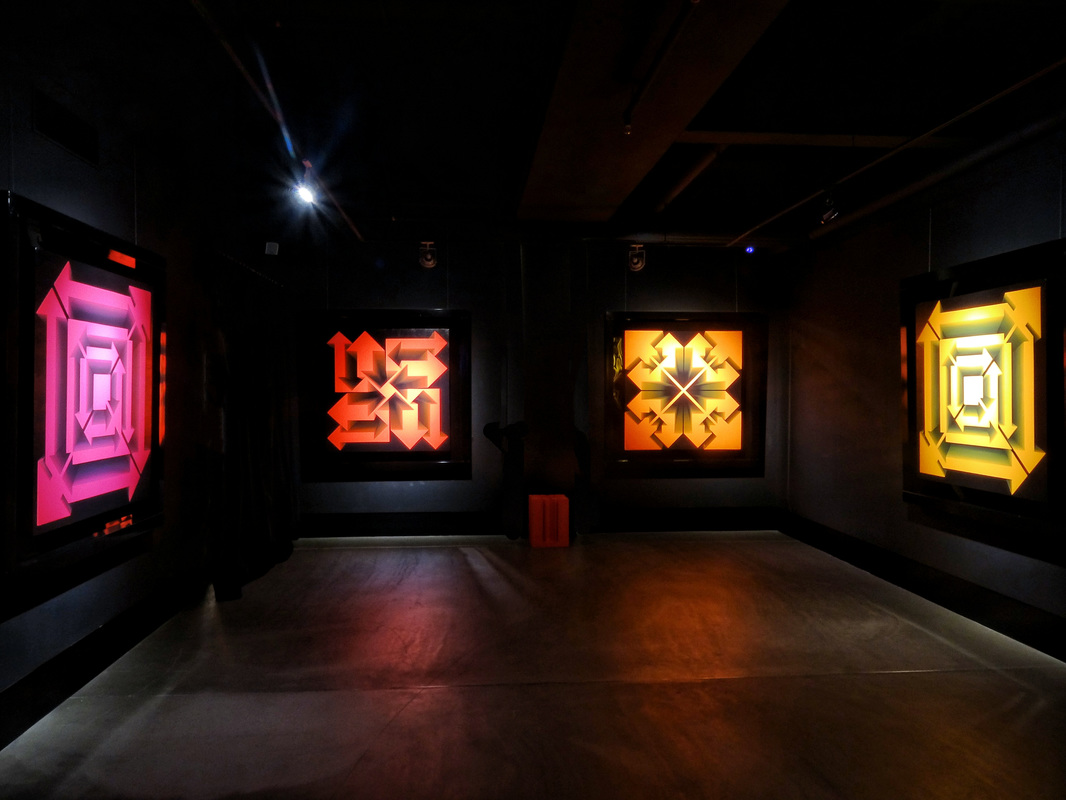 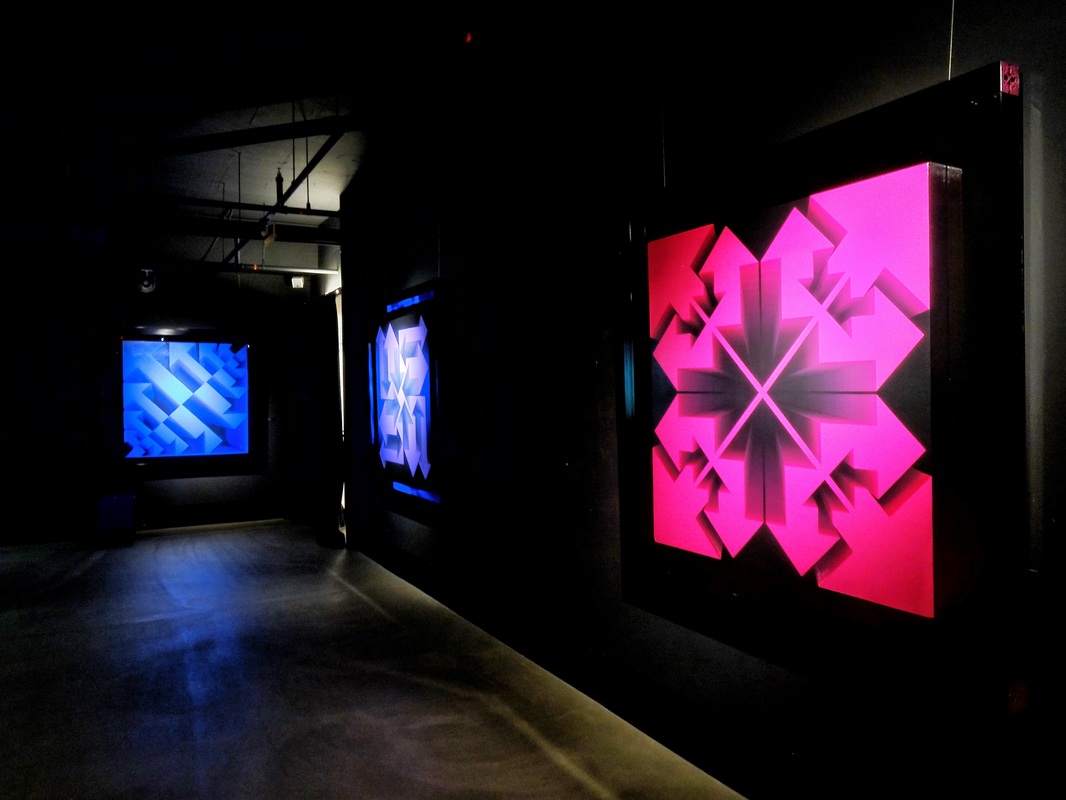 3D Monogram Frames,  one of a kind, paired with each painting  ​ 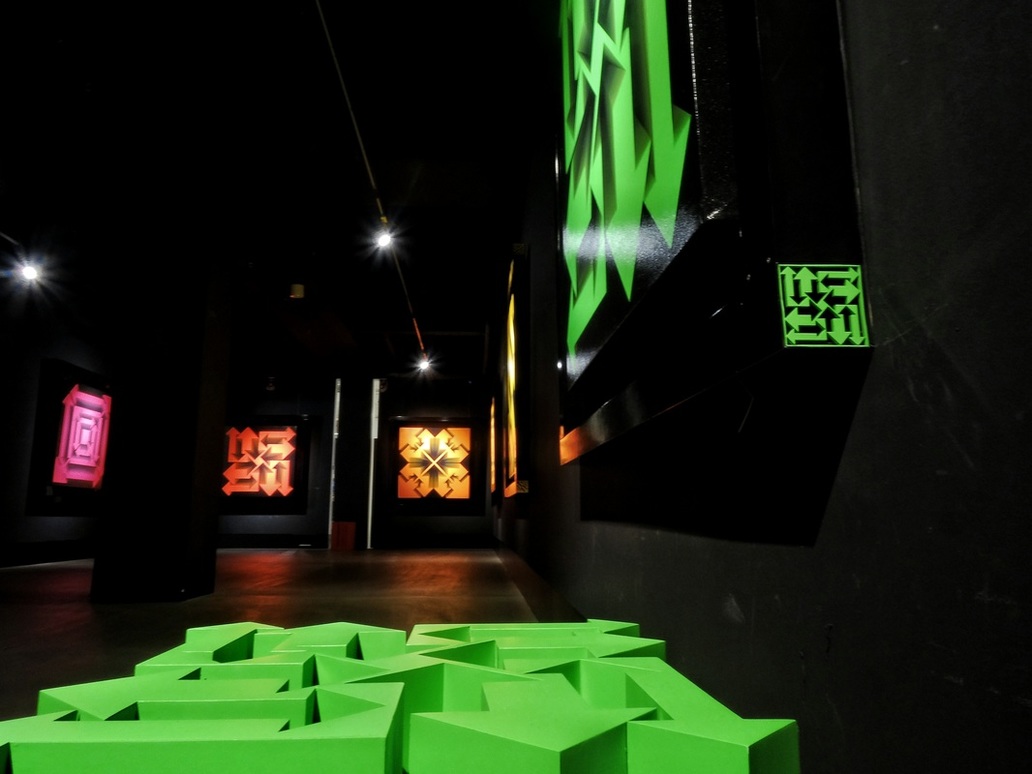 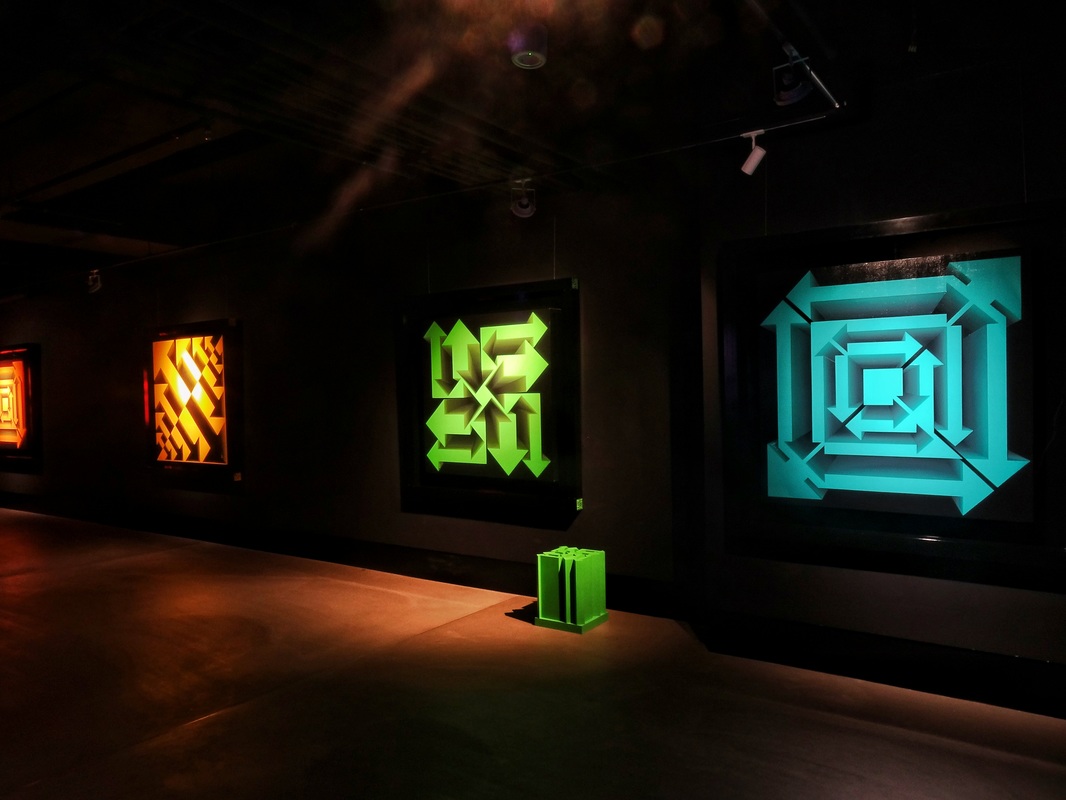